We Mix Business with Pleasure.

Commentary: Grenada’s past, present and future challenges: The future must be addressed 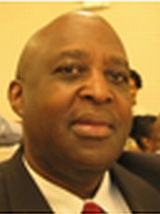 The conversations are very evident amongst those at home and in the Diaspora as to how and where the state of Grenada will eventually evolve globally, given the uncertainties and growing erosion of individual and democratic rights by the current Thomas National Democratic Congress (NDC).

What is quite engaging to close watchers of the uncertainties and erosion of rights are two persistent and topical issues in the conversations. These are: the formation of a third political party made up of a combination of expelled former NDC members; pseudo academics; want to be legal luminaries and a host of other political losers that Grenadian voters are not likely to take seriously in an electoral contest; and the NDC’s determination to forge ahead with the recruitment of new candidates and constituency caretakers that will form the NDC’s new breed electoral team.

Speculations and rumours in various constituencies seem to indicate that voters are not deeply interested in these two events. It is quite evident that Grenadian voters are more deeply concerned about their economic survival as they witness an NDC economy struggling in a red mudslide.

With little interest in the third party and the NDC new breed team, the emerging indicators are painting a prosperous and positive future for the opposition New National Party (NNP). If these positive indicators continue, it is quite likely that Mitchell’s NNP can be re-elected with a commanding majority of thirteen seats to Thomas’s NDC only holding two seats. The new political party fielders are likely to be eliminated on the ballot paper by a few losing their deposits. This is a certainty and we will have to wait and see the results of the Grenada elections. Suffice to say, it is not looking good for Thomas NDC and the third force.

There are many well documented paths pertaining to the past in Grenada’s political, economic and social history. The post colonial days saw Britain adopting its colony at the time as the head of the Windward Islands. It meant that the governor and other colonial officials had residence here. At the same time, Grenada, like many other countries, experienced the brutality of slavery and other forms of colonial oppression. In spite of the oppression as a colony, the people of Grenada survived and made the constitutional transition from colony, associated state and independence.

During the colonial period and given the British firm grip on our people, Britain’s tactics resulted in many political differences, especially during the period of 1951 when Gairy and Gascoigne Blaize arrived on the political scene. In 1962, Grenada witnessed the arrival of Jamaican born James Monteith Lloyd as its administrator. Shortly after Lloyd’s arrival, there was the famous Commission of Inquiry into the Chief Minister’s purchase of a $3,500 piano for his official residence. Following the Commission of the Inquiry, the dissolution of the Gairy Executive Council by Britain; dismissal and retirement of certain senior civil servants; and the calling of general elections resulted in the demise of the Gairy regime and election of a more friendly government headed by Herbert Blaize.

In 1966, Britain’s Colonial Secretary, Duncan Sandys, arrived in Grenada and met with Gairy, who was at the time opposition leader, and Blaize as Chief Minister. They were both handed a Whitehall white paper, which outlined a British transitional strategy from colony to associated statehood for Grenada. In addition, they were invited to Britain with accompanying delegations in order to receive additional information about the transition process. At the summit in Britain, both Gairy and Blaize accepted the British proposal and returned to Grenada. Unfortunately, Lloyd did not remain in Grenada for the full duration of the Blaize government and returned to Jamaica to assume the position of Permanent Secretary of Defence and National Security when Jamaica gained its independence in 1962.

In 1967, another general election was held in Grenada. With an extended number of constituencies, Blaize lost the elections and Gairy emerged as the premier of Grenada. Under associated statehood, Grenada had responsibilities for all its internal affairs while Britain hung on to defence. Although Gairy defeated Blaize, he remained very concerned about Britain having responsibility for defence. Gairy’s reservation was understandable given his past history in dealing with the British. We should be reminded that every effort was made by the British to crash the Gairy populist movement that emerged in 1951 and taunted the British colonialists for many years.

In 1974, as a result of Gairy’s reservation with the British, he opted to take the state of Grenada into independence. It is very important to highlight that Grenada was the first small Caribbean state to accede to independence and it was a truly milestone. Grenada’s independence did not stall the progressive forces from challenging Gairy for alleged autocratic practices of governance. They were very strident in their opposition, which paid off in 1979 with a mass uprising that resulted in the end of the Gairy era.

While the Bishop Peoples’ Revolutionary Government ruled with brute force from 1979-1983, it abruptly came to an end with Bishop’s assassination and the military intervention of the United States government and their allies in the Caribbean region. Much has been written and analysed by many regional observers. However, life continued in Grenada.

Between 1983 and 1995, Grenada experimented with various forms of governance, following which the New National Party (NNP) under Dr Keith Claudius Mitchell assumed the mantle of government. The NNP managed the nation’s business with care and understanding. The economy prospered, rights and democratic freedoms were respected, young people got opportunities, joy and comfort existed in the nation.

In 2008, the voters of Grenada made the decision to sever relations with the Mitchell NNP and elected the National Democratic Congress (NDC) of Tillman Thomas. In the opinion of many, the election of the Thomas NDC seems to have been a mistake and voters are quietly questioning their decision.

Grenadians’ annoyance with Thomas is well understood. The outgoing NNP of Mitchell left many program and policy initiatives in place, only to be later eliminated by Thomas and his gang. Some of the casualties included the Imani Youth Program; the Rural Infrastructure Program; the De-bushing Project and many more. These examples and many more detrimental actions have led to economic collapse; party mutiny; members’ expulsion; parliamentary prorogation and, more recently, alleged voting list fraud, all aimed at grasping for power. The current Grenada situation is one of despair, uncertainty and governance incompetence. The election of Thomas has not augured well for Grenadians and this is why the growing and vocal comments continue to describe the NDC as “a government of hell and fumbles”.

With all of the above, the victory path points to Mitchell’s NNP. In my view, this will indeed be a positive decision by Grenadian voters as enthusiasm and expectations reign.

As we approach the future of any new Grenadian government, we must be mindful that the challenges will require creativity and excellent governance techniques. The incoming administration will have to demonstrate its ability and commitment to change; it must allow for genuine and meaningful participation by Grenadians through the political format of local government and other citizenry engagement strategies.

The appointment of cabinet ministers must be on the basis of strength and capacity that will aid them in leading their ministries. The development of a strong and effective foreign ministry should also include a radical restructuring of foreign diplomatic, consular and tourism offices that will result in competence and vision in building and sustaining strong and effective bilateral programs to aid in economic recovery.

Grenadians at home and in the Diaspora await change and they are fully convinced that Thomas and his trio should say thanks and goodbye.