We Mix Business with Pleasure.

Grenada gets multiple ‘Golds’ in 2012 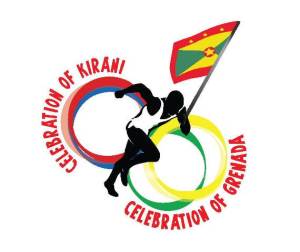 St. George’s, Grenada – December 11, 2012 – Grenada is truly experiencing a banner year for marketplace recognition, adding top awards for its tourism product to Kirani James’ Olympic Gold medal. From premier publications and their readers to their 10th Gold medal at the Chelsea Flower Show, Grenada was celebrated throughout the course of 2012.

The most recent accolade came from National Geographic Traveler, which listed Grenada among the “Best of the World 2013” as one of the new year’s 20 Must See Places, in the December 2012/January 2013 issue.  Calling the island’s capital, St. George’s, “one of the prettiest towns in the Caribbean,” with Grenada’s traditions, weekly “Fish Friday” festival in Gouyave, spices present in products made at attractions such as Belmont Estate and the Grenada Chocolate Factory and nature from Mount Hartman to the mangrove-fringed coastlines and coral reefs just offshore as just a few of the reasons for the island’s inclusion on this prestigious list.

“We are extremely honored to receive these coveted tributes from such respected outlets as Scuba Diving, National Geographic and National Geographic Traveler magazines and from the Royal Horticulture Society,” said Dr. George Vincent, Minister of Tourism, Civil Aviation and Culture. “Grenada is continuously striving to preserve and improve upon its distinctive tourism product both above and below the water, and these ongoing designations are a testament to the success of our efforts.”

In January, 2012 Grenada was cited for having both the “Best Wreck Diving” and the “Best Advanced Diving” in the Caribbean/Atlantic region by Scuba Diving magazine in its 2012 Reader’s Choice Awards, which appeared in the January/February 2012 issue.  The article states that, “Grenada should be high on any wreck lover’s list,” noting the Shakem as a popular wreck with advanced divers and the Bianca C. as the island’s premiere wreck.  The muscular currents, fast-moving reef drifts, blue-water descents and fish-swarmed pinnacles and sunken vessels just offshore are listed as among the many reasons for divers to explore Grenada.

In March, 2012, a special edition of National Geographic magazine featured Grenada’s Underwater Sculpture Park as one of the “Wonders of the World – Earth’s Most Awesome Places.” Compiling photographs in the categories of air, earth and sea, Grenada’s underwater statues are in good company appearing amongst household names such as the Great Barrier Reef in Australia and Machu Picchu, Peru.  The Park, which is a main tourist attraction, is located two miles north of St. George’s at Molinere Bay and features sculptures by renowned artist Jason deCaires Taylor.

In May, the Grenada exhibit at the Royal Horticultural Society’s Chelsea Flower Show 2012, won a gold medal, the tenth to be awarded to Suzanne Gaywood MBE and the Spice Island’s Pavilion. Named “Tropical Paradise,” the exhibit was comprised of heliconias, gingers, musas, anthuriums, orchids and other rainforest plants adorning a rustic circular pavilion in an exuding of color and scent that provided an authentic taste of Grenada.

Of course, no review of the island’s “multiple golds” this year would complete without mention of the Summer Olympics and the highlight of the year. Grenada became recognized the world over when its star athlete Kirani James took home an Olympic Gold Medal – the nation’s first – in the Men’s 400m at the 2012 Olympic Games held in London. He brought further credit to the island with his sportsman-like behavior towards a fellow competitor. As a result he was named a Tourism Ambassador for the nation.

Recognized as the “Spice of the Caribbean,” Grenada boasts some of the Caribbean’s most beautiful beaches, delectable cuisine and spices, a tropical rainforest and a wide range of fun-filled activities such as diving, snorkeling, hiking, fishing and sailing. Romantic, natural and authentic, all of nature’s best gifts can be found in Grenada.   Grenada is a proud member of the International Council of Tourism Partners (ICTP).